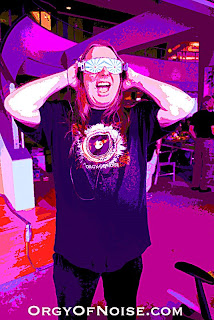 WHAT'S NOISE TO SOME PEOPLE IS MUSIC TO OTHERS.

Officially those are the ONLY live OON shows that ever happened.... plus of course there were a few guest bits and jams and of course tons of studio sessions & online webcasts.

All the [unreleased] shows are piled high as mountains of media (video, photos, audio) and are stashed away in the BTM Headroom Vault Hard Drive, they will eventually will be edited into video clips and DVD releases. For the most part there are several preview photos and a video clip online of all the [unreleased] shows. The OON TTs Halloween Show is currently being edited into a deluxe DVD from a multi-cam video shoot with pro multitrack live audio and will include the full set and bonus footage of several pre-gig studio session jams and a slide show with tons more photos.

From it's earliest incarnation under Wall Of Noise moniker in 1989 (and the early BTM experimental recordings starting in 1976 in CA) - it was always a studio freak-out only, until the debut LIVE BTM OON gig at BENT in 2004. Now except for live jam bits, either solo or as a guest, I gonna TRY to stay in the studio zone for a bit, no mega band OON shows planned for 2009.... but who knows, never say never. The even dozen of shows for this era seems to precise, the words BAKER'S DOZEN keep running through my head and the Doobie Brothers tune TAKIN' TO THE STREETS is haunting me. Who knows what is next.

Always down for fun jams, ME and my Bent Tron Bot are planning on some jiffy jamming out at NOISE NIGHT at the new Willoughby and Baltic space in Somerville on May 28th, 2009. See you there. 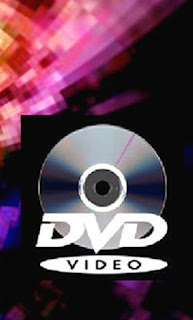 THANKS to ALL who were part of the shows as band and crew and audience and out-of-town well wishers... and all the studio-only OON members... YOU MEAN EVERYTHING TO ME. MUCHO APPRECIATED. Click to see full OON band members list. The video/photo/tech crew lists are with each of the individual show pages and video credits.

SHERI HAUSEY as still photographer / tour manager and more (digital video, roadie, driver, caterer, writer, etc) was the only one who was part of ALL FOURTEEN OON SHOWS. JON STRYMISH (Black and White Film Photographer and HERO) was shooting photos at seven of the twelve OON shows, including the first at BENT2004 in NYC. KEVIN PELRINE shot video of several shows and even jammed out a bit. Defly-D, Jonathan LaMaster, Michael Knoblach, Larry Dersch, Ed "Moose" Savage played on and/or showed up to witness quite a few shows as well. Many others were part of a lot of them in one way or another. THANX.