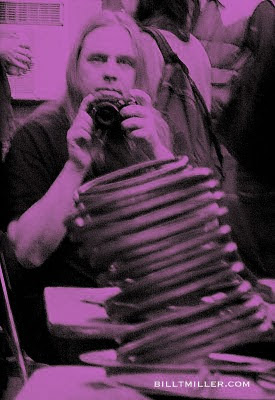 Bill T Miller's Year in Video
* PLAYLIST of NINE VIDS with
gigs, sessions and releases from 2009.

THANX TO ALL WHO ARE A PART OF MY WORLD !!!
... I really appreciate YOU letting me be a small part of YOUR WORLD !!! 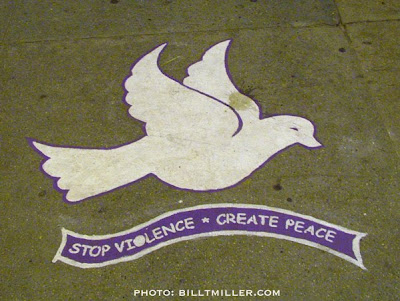 snapshot of sidewalk peace dove in front of symphony hall - boston pops ...only prob is somebody shat some coffee on the wing. 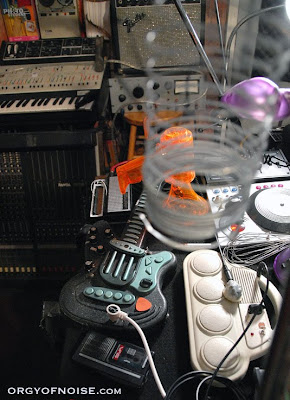 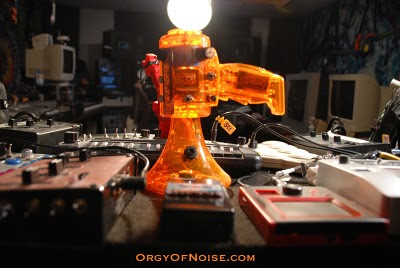 COME ON ! SHOUT IT OUT! GET TYPING IN THE COMMENTS !
I just wanna know YOU are out there and YOU CARE!
You can even comment anonymously if you want. 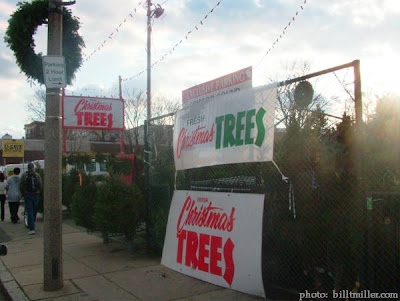 Walked by the local xmas tree parking lot in Allston Noise City earlier TODAY (December 26th) and as I approached I could hear a grinding sorta noise whirling about. Sadly, it turned out to be the sound of a WOOD CHIPPER shredding the corpses of the innocent abandoned x-mas trees that did NOT get picked to be taken home and decorated. Even sadder, all of their farm grown pals will be in the landfills in a week anyway. I almost went back to take a photo (and shoot vidy with audio) ...but decided that this photo of the lot (pre-xmas from a previous year) was enough. This lot is where the one branch tree twig that became my Charlie Brown tree a few years ago came from. (see earlier post about my xmas trees.)
Posted by Bill T Miller (BTM) at 11:34 PM No comments: 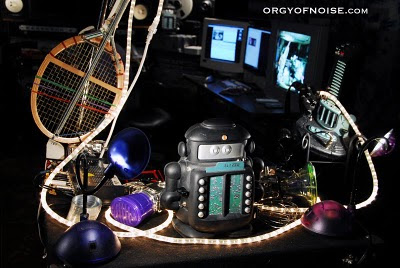 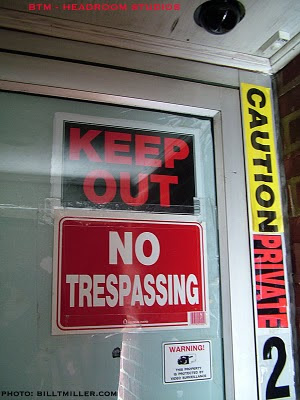 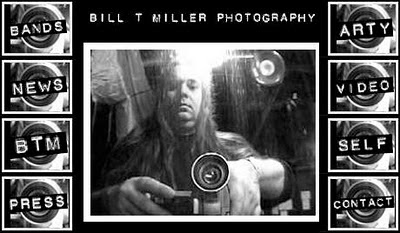 
This BLOG POST is a sort of catch-up update of some PHOTOS that I never mentioned that were PUBLISHED beyond the digital realm of the internet and printed on some form of good old fashioned PAPER. 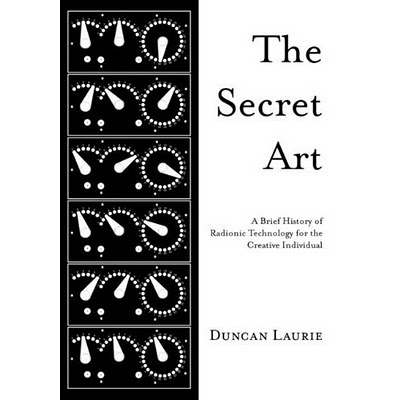 THE SECRET ART:
A Brief History of Radionic Technology for the Creative Individual

* TODD THILLE (the book's designer) got in contact with me about using a photo I had snapped of one of my favorite experimental musicians, the one and only CARLY PTAK (of Nautical Almanac.) That night she played an excellent set with sometime collaborator MAX EINSENBERG at NO FUN FEST 2005 in NYC - Red Hook. From what I could decipher, she was conjuring sounds out the de la Warr device (pictured below & in the book) using her mind and a bowl of water as a trigger. You would have to ask Carly for a more detailed explanation of how she uses it. Duncan's book features an extensive section on this device, so the photo of PTAK fit right in.

The book takes you deep into the world of Radionic Technology and is very well researched and designed. I am not even going to attempt an actual "review" of the book, just follow the links for more details. I am glad to be a tiny part of the book along with CARLY. PLUS, they gave me excellent photo credits in back of book.
THANX DUNCAN & TODD. 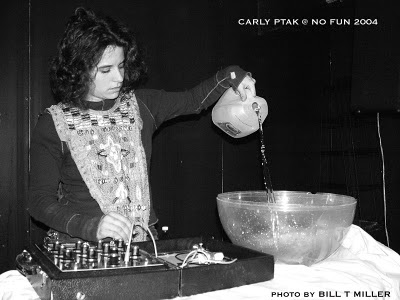 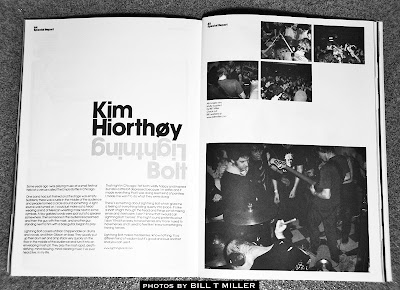 Kim Hiorthøy is a Norwegian musician & graphic designer who luvs the band Lightning Bolt. A few years he was asked to design a couple of pages for GRAFIK MAGAZINE, a UK publication that is specifically for GRAPHIC ARTISTS. He chose my photos of Lightning Bolt to be included with his layout design and text about the band. Sending out a shout out to KIM and Grafik Magazine editor Caroline Roberts... and of course BRIAN & BRIAN from LIGHTNING BOLT. 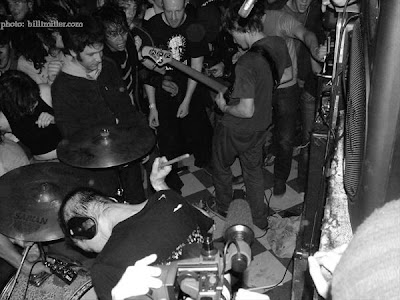 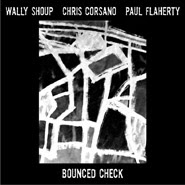 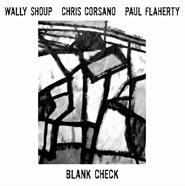 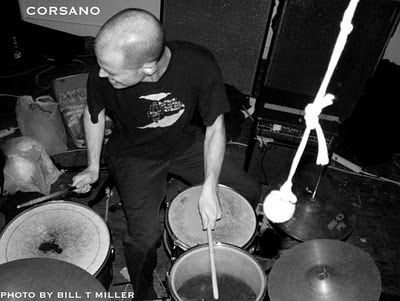 The cover artwork and album design is by Wally Shoup. The (above) photo of DRUMMER CHRIS CORSANO was used on the back covers of both albums. I snapped it at a VAMPIRE BELT show at NOM D'ARTISTE in Boston on 10.1.05. Special THANX to WALLY & CHRIS & PAUL. 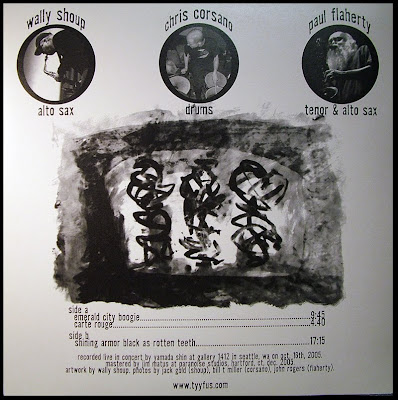 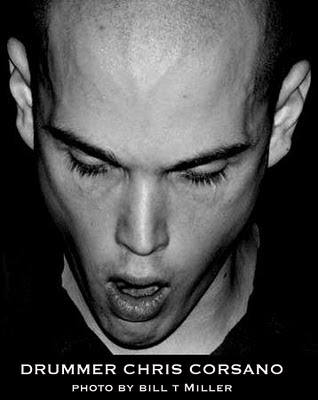 This shot is my favorite CORSANO shot. It is from a Shoup/Corsano show at Midway Cafe in Boston (JP) on 9.23.04. This photo was requested by CHRIS for use in a press kit and promo poster for his tours. It ended up on the front page of concert listings in a newspaper in Ireland and a UK festival program. It would make a great CORSANO T-SHIRT.

A couple of photos I snapped are in the recent issue of The Noise Magazine (Issue 297 | Dec '09-Jan '10) - Editor T Max has been dedicated to supporting LOCAL MUSIC in hard copy print for decades. The Noise has included many photos that have snapped over the years, as well as some articles and reviews for my own bands and bands I have recorded. AND we have the same name, sorta. Thanx T. 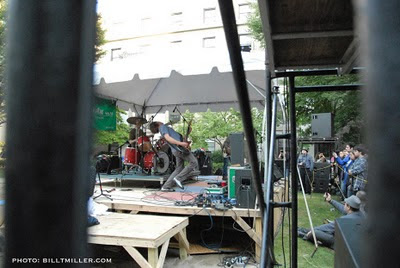 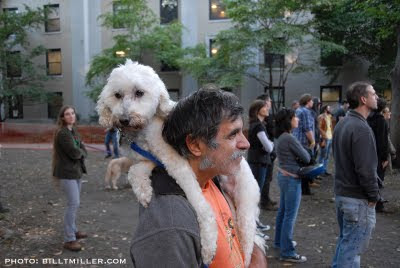 The photos in THE NOISE magazine print issue are in black & white.
SEE MORE PHOTOS from MOB DAY !

CLICK to SEE A PREVIEW of OON BOOK
(SELECT FULL SCREEN MODE)
I have plans to do more photo books with my photography and various themes in the future. ANY REQUESTS ? 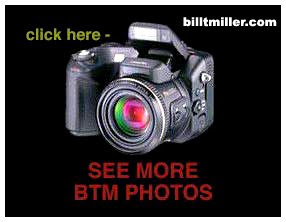 CLICK to for INFO about EVEN BTM PHOTOS that were PUBLISHED in the PRESS (Boston Phoenix, The Noise, Performer, Weekly Dig, Wired, Grooves Magazine, Arthur Magazine, Keyboard Magazine and used on CD or RECORD covers.)

There are a zillion (credited and uncredited) BTM PHOTOS scattered across facebook, twitter, myspace, lastfm, flickr, live journal, bulletin boards, blogs, cds, albums, gig, posters, books and etc. Special THANX to those of you who credited and linked my SNAPS and gave me promos... mucho appreciated.

I have so many unreleased photos and videos and recordings stashed in my hard drives and tape vaults that I will prob never have the time or money to sort through and release the best of it all to the world. After spending several decades (since mid 70s) giving my all documenting everybody else (via recordings, remixes, videos, photos) and squeezing my own creations in on the side, I am trying to focus more on my stuff, but there is still not enough time or money to make it all happen. I still go out to and sometime shoot photos of LIVE GIGS... especially if it somebody who came out to see my LIVE GIGS or PLAYED ON MY BAND's RECORDINGS. I really appreciate everybody out there who been into ANY of the projects I have been involved in as musician, recording engineer, producer, remixer, photographer, filmmaker and etc. If you want ANY of my BTM CDs or DVDs OR you want to do a REMIX or VIDEO using my MUSIC OR if I snapped a PHOTO OF YOU and you want the high resolution jpg (if the photo is wanted for semi-non-commercial use, I just need a decent photo credit and a promo copy.) .... AND/OR you if just wanna say HI, PLEASE GET IN TOUCH with me directly. THANX ---- BTM 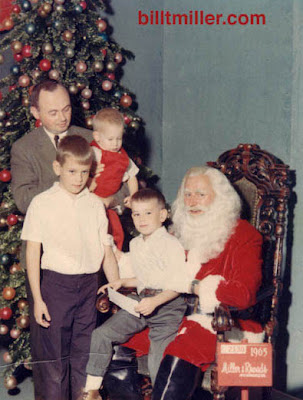 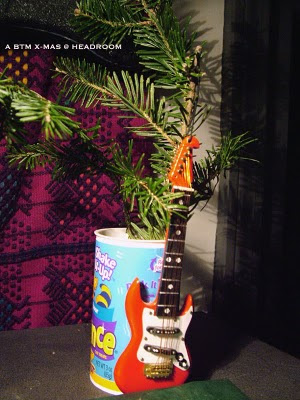 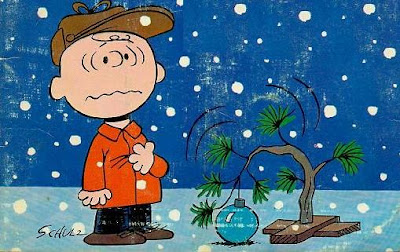 charlie brown & snoopy, rudolf the red-nosed reindeer, frosty the snowman, the little drummer boy, scrooge, the grinch, and all santa's elves are my favorite x-mas characters. 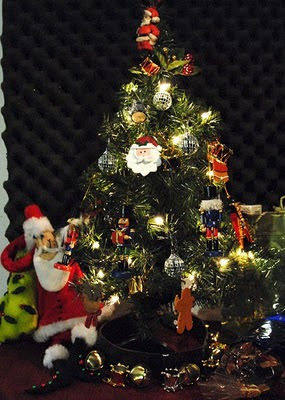 xmas 2009 - this is my current x-mas tree... it's all plastic with built-in lights and santa, sleigh bells, drum army soldiers, all courtesy of my brother DAVE. THANX. mucho appreciated... although i kinda miss my one twig charlie brown tree. 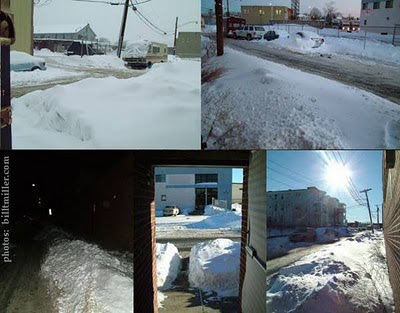 the snow view from my studio door december 2005

remember you can click on any image to see larger version 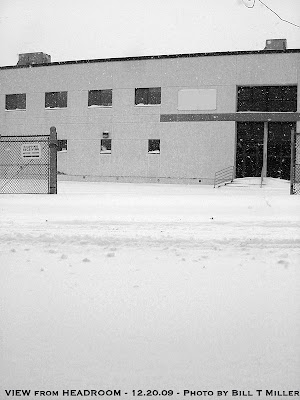 the snow view from my studio door december 2009 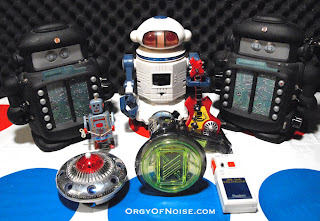 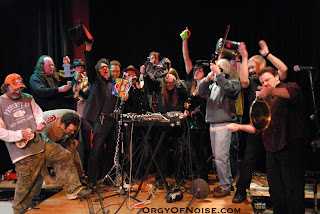 Get in touch for a promo copy of the DVD.

OrgyOfNoise.com
Posted by Bill T Miller (BTM) at 12:24 AM No comments: